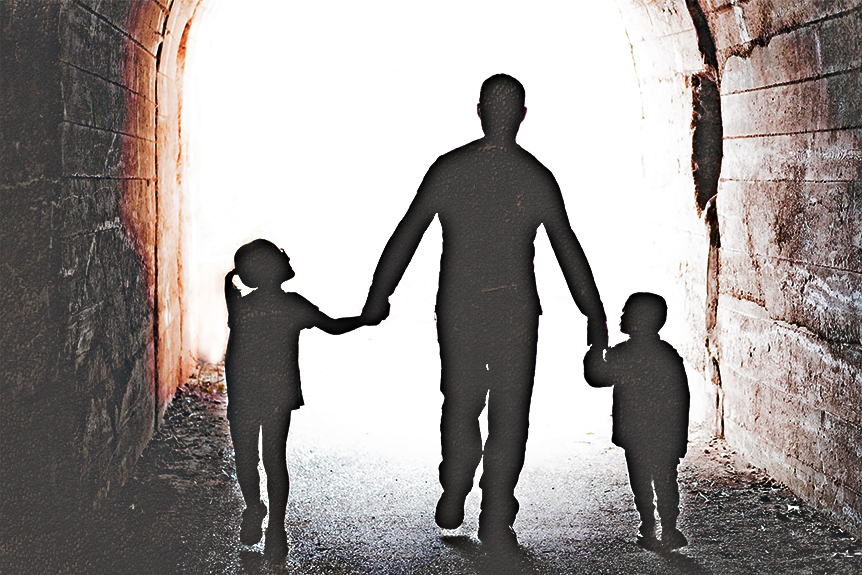 Why Fathers Are Essential to God’s Plan

We continually hear about the crumbling of western civilization. When we survey the current situation of the Church, the defragmentation of the family, the breakdown of marriage, and the ongoing lack of respect for life, one cannot help but to ask: How did this happen?

Recently the Catholic World Report quoted Dr. Patrick Fagan who said that the pivotal turning point was the rise of radical feminism in the late 1960s. All of the founders of The National Organization for Women (NOW) were women who had bad relationships with their fathers. A key figure was Kate Millet who at feminist gatherings would begin by chanting the following formula:

Welcome to our reality.

Did you notice that the key to destroying the family and marriage is to destroy the patriarch: the human father? As our Lord said, “No man can enter into the house of a strong man and rob him of his goods, unless he first bind the strong man, and then shall he plunder his house. ” (see Mk3).

The evil one knows that the key to destroying the Church, the family, holy marriages and ultimately society, is to sideline, distract, intimidate and paralyze the “strong man,” the human father from his noble role of being the guardian and protector of woman, the child, the family and the Church.

There is a lot of talk about what it means to be a man. Manhood is not a destiny, but a stage between boyhood and fatherhood. A man can take care of himself, but a spiritual father enters the realm of responsibility and sacrifice for others. A spiritual father, like God our Father and His Son Jesus, take on the responsibility of leading, saving, protecting, and providing for those in his care – even if it demands his life.

If destroying the human patriarch was the key to unraveling society, then the key to converting the world, renewing the Church, restoring the family, and revitalizing marriages will begin when the man who is father and leader becomes like St. Joseph, a father on earth like the Father in heaven.