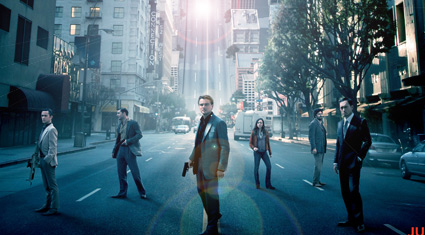 Waking from the dream – Restoring Reality

A couple of nights ago, I called a friend who answered the phone by emitting a loud groan and deep sigh of exasperation. After asking him what was wrong, he related that a business competitor has splattered accusations online against his company for plagiarizing a branding concept. After relating the details of this intense conflict he sighed again and said, “I’m forgetting about this and going home to look my kids in the eyeballs.”

As men, we are by nature competitive. We desire to win. We want to win at work, make our mark, fulfill our dreams, while often forgetting about winning at home. My friend’s words contained within them a profound truth: sometimes the dream has to be seen as just that—a dream, and we need to see reality for what it is: something very authentic and real, something capable of giving life. Often we view spiritual realities as the idealistic dream and material ideals as the only reality. Passing material goods are a means to the real eternal Good.

The other night my wife and I watched the epic movie thriller, Inception, an intricate account of the life of Dean Cobb, a thief who has the ability to enter people’s dreams and steal their secrets from their subconscious mind. His skill enables him to take his wife deep into a dream in which they create their own world, living to a ripe old age, only in the end to be brought back to reality and their two children.

Mal, Cobb’s wife, is deceived into believing that the dream world is reality and reality is a horrible dream in which she is imprisoned. Mal is determined to re-enter the dream world permanently, even if it means committing suicide to get there.

Cobb, framed for his wife’s suicide, becomes a fugitive, forced to leave his two children without saying goodbye to them without seeing their faces—without seeing their eyeballs. Cobb is offered a job by a corporate power with the potential to lift the charges of murder and allow him to be reunited with his children. Throughout the film Cobb continually sees images of his two children, but cannot see their faces. He has only one desire: to see his children’s faces, to look into their eyes once again.

You see, Cobb and his wife built a dream world, with a dream house (or houses), living a perfect life, and yet the dream world eventually killed their marriage. Like Dean Cobb, we fathers often strive to provide materially for our families in the hope that they can live the dream of a bigger home, more expensive toys and more comfortable futures. Yet, Like Cobb, we one day awaken to the reality that we have accidently killed our marriage, snuffed out the reality of our relationship with our children, traded the spiritual reality in exchange for the material banality.

When we live for dreams, rather than reality, we die. Our souls die when we forget what really matters: the reality of our family and our vocation to lead it in love. The truth is that we should be living in this reality rather than dreaming, because in this reality are the relationships that lead to the eternal Relationship of the Trinity, Who is our destiny.

Dean Cobb had one goal: to break free from the shackles of the dream world and to live in reality, to see his children’s eyeballs and gaze into their young faces and see what really matters.

Even before all hell breaks loose at work, before the dream of success, fame and glory fails, before the dream of having more turns into the nightmare of having less, we fathers need to do what my friend did: leave the false dreams behind and re-enter reality. We need to go home and look our children in their eyeballs. This is the antidote to death in the dream world and the prescription for living a life of glory.

The last Old Testament prophecy given by God through the prophet Malachi says, “I will turn the hearts of fathers to their children, and the hearts of children to their fathers; or else I will come and strike the land with a curse” (Malachi 4:6).

God, our Father, desires that we fathers turn our gaze toward our children so that they, feeling our gaze of love, will trust enough to turn their gaze toward us fathers, and in doing so, experience the joy and peace of knowing that they have the heavenly Father’s gaze—through ours.

The human father is a link between heaven and earth, between God the Father and His children; he is the gaze of the Father that our children cannot see. Truly, when the human father looks into his child’s eyeballs, he sees reality: a child who longs for the gaze and affirmation of the heavenly Father. When we fathers stop our frantic, mindless pace of “living the dream” and gaze into the eyeballs of our children, we and our children are healed by the Father’s gaze of love.