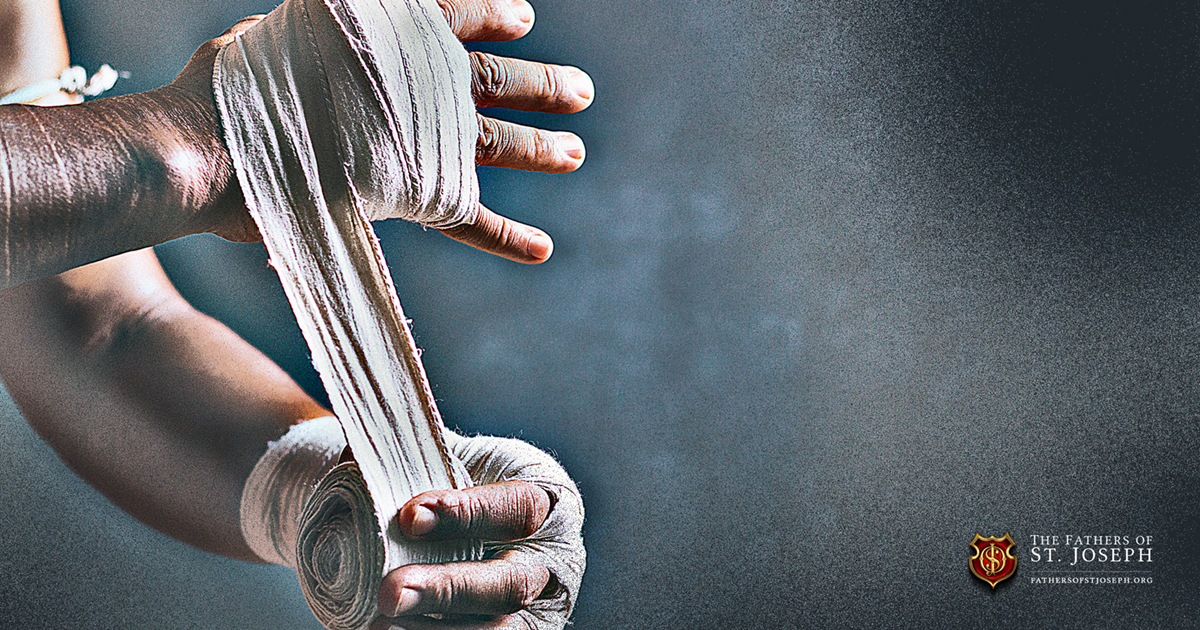 Sister Lucia, who witnessed the apparitions of Our Lady of Fatima, said, “The final confrontation between our Lord and Satan will be over family and marriage.” It was Lucia, who on May 13, 1917, at age ten, saw a vision of a great Lady who pointed to the sky saying, “I have come from Heaven. I have come to ask you to come here for six months on the thirteenth day of the month at this hour.” During the Lady’s fifth apparition, she said, “In October . . . St. Joseph will appear with the Child Jesus to bless the world.” She also promised that during the sixth apparition in October she would perform a miracle for all to see.

On October 13, the three children, along with approximately seventy thousand pilgrims, gathered at the Cova da Iria outside the village of Fatima, Portugal, amidst heavy rainfall that drenched the onlookers and made the ground a muddy mess. During the apparition, which lasted ten minutes, the sun began to spin wildly, zigzagging across the sky, and then proceeded to dart down upon the crowd. The onlookers were so terrified that many of them screamed with alarm, “We are going to be killed!” Others began confessing their sins aloud, begging for God’s mercy. Simultaneously, the three visionaries were in an ecstatic vision, wherein Our Lady revealed St. Joseph and the Child Jesus blessing the world. It was precisely at this moment of the blessing of Jesus and Joseph that the sun ceased its radical descent and returned to its proper place in the sky. The secular newspapers attested to the miraculous nature of the event. After the apparition was over, the muddy field and the pilgrims’ clothing, which had been soaked, were now completely dry.

It appears that Our Lady revealed the manner in which the world would avoid degeneration, disaster, and war. What is the remedy? The message of Our Lady of Fatima is: “In the end, my Immaculate Heart will triumph.” How will Our Lady’s Immaculate Heart triumph? Our Lady is directing us to the solution: “Go to Joseph, what he says to you, do” (Gen 41:55). When fathers turn their attention to St. Joseph, and His relationship with Mary, his wife, and Jesus, his son, they will learn what it means to be fathers who beget spiritual life in the people around them. Mary is saying, in a sense, “I’m not enough. The world needs Joseph as well, because the world needs fathers like Joseph.” Recall the words of God, “And he shall turn the hearts of fathers to the children and the hearts of children to their fathers; lest I come and smite the earth with a curse.” God is giving us the key to avoiding nuclear disaster; the solution for world peace; the key to saving souls from permanent anguish and loneliness: Fathers, turn your hearts, souls, and minds toward the filial relationship of Joseph and Jesus, and Joseph and Mary, and learn from him and embody his example of what it means to assume your charitable authority to lead by embracing the woman and the child.

The conversion of the world, the renewal of the Church, the restoration of marriage and the family will occur when men like you, who are both husband and father, turn to the just man Joseph and learn how to embody God the Father’s love and how to transmit this gaze of love to their children.

St. Joseph blessing the world in union with Jesus demonstrates his patriarchal, fatherly right to bless, and that this right to bless is confirmed by the Son of God. This means that you also, like Joseph, are ordained by God, as father and priest of your family, to bless and transmit God’s favor to your wife and children. Blessed Isidore of St. Joseph said, “The victory bell will sound in the Church when the faithful recognize the sanctity of St. Joseph.” How will the faithful recognize the sanctity of St. Joseph? When you and I begin to embody his timeless wisdom and ageless example.