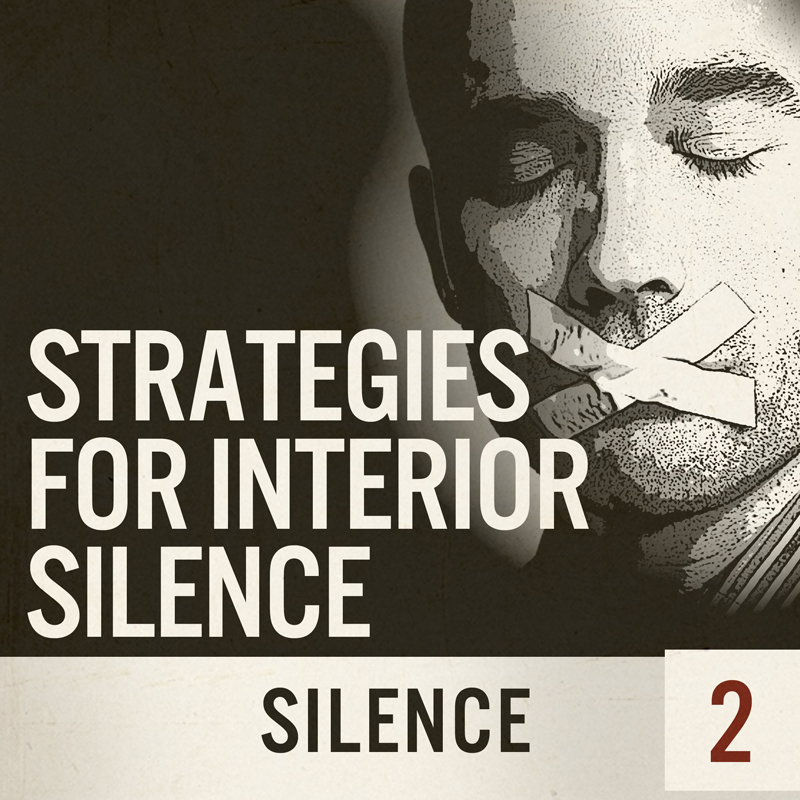 Most of us have encountered conflicts, tensions, hardships, and crises. Whether it is the loss of a job, a teenage daughter becoming pregnant, an unfaithful wife, rebellious children, a terminal illness or life-altering health condition, we have all endured personal suffering. How do we respond in such situations? Some men actually become frustrated, angered, resentful, or worried? But I am certain that no one here has had that experience. In truth, we all struggle with controlling our emotions, maintaining balance, and responding to crisis without unleashing our emotions. Yet, it is imperative that we examine how we respond in such situations because our fatherhood and our children’s relationship with the heavenly Father depend upon such responses. Since we are called to be icons of God the Father, our children will either be attracted to the Father or resent God the Father, based on our ability to master our passions. If you could have any gift—besides love—what would it be? Personally, I would desire peace. Peace demonstrates that a man is in harmony with God, himself, and the world around him. Peace indicates that despite the tensions and anxieties that batter and assault a man, he is confident in God and the person God created him to be. Christ was at peace while his assailants mocked him, tortured Him, and crucified Him; so peaceful was He that He asked His Father to forgive His executioners. Mother Teresa, while holding a starving child, entered a bakery to ask for a little bread to aid the famished girl. The store owner spit in Mother Teresa’s face, to which she responded, “Thank you for giving me something. Now will you give her something.” Neither Christ nor Mother Teresa responded by retaliating because they were at peace within themselves. A man who is at peace with God is a man who is at peace with himself; and a man who is at peace with himself is a man who is at peace with the world.

Where Peace Comes From

Peace is so vital that Jesus first words after His Resurrection, while appearing to his apostles, were “Peace be with you.” In fact, the Gospel of John records Jesus saying these words on three different occasions during the Resurrection accounts. Peace is derived from knowing right from wrong and living in the right. Peace is derived from being confident in God and our relationship with Him. As Mother Teresa said, “The fruit of silence is prayer, the fruit of prayer is faith, the fruit of faith is love, the fruit of love is service, the fruit of service is peace.” Notice that the fruit of silence is prayer and the ultimate fruit of prayer is peace. Peace, then, is derived ultimately from prayer and from prayer comes the power of peace. During our last FOSJ session we discussed the importance of embracing moments of silence throughout the day with the purpose of being in God’s presence. Today we will discuss how we actively listen while embracing the silence. As we proceed with today’s discussion, remember the axiom: To the level that you protect your interior life is the level to which you will protect your children and wife.

Resetting Ourselves with Prayer

The evil one will do almost anything to keep us from prayer, because he knows that if we listen to the vox of the Father, we will begin to do the Lord’s will, and by doing His will we will become confident, powerful and dangerous to the evil one. . The enemy will assault you, distract you, overwhelm you with an urgency to be doing something, anything—even good things—with the purpose of keeping you from prayer. For example, every Monday I meet a friend at a local coffee shop. Another friend of ours who spends his early mornings at this coffee shop had recently purchased a new vehicle. While I was waiting in the parking lot for my friend to arrive, I could hear in the distance a faint rhythmic honking—like a car alarm—ringing in the early morning air. However, the car alarm sound was growing louder and becoming closer. Suddenly, my friend, in his new vehicle, drove into the coffee shop parking lot with its alarm sounding and lights flashing. He didn’t stop, but drove off, and the honking eventually faded. Then the alarm would grow louder and stronger and he would drive by again and then drive off again. Finally, he stopped the car, asked me for help, and we disconnected the battery and reset the car, and the alarm stopped. The evil one is a lot like that car alarm. He assaults us, distracts us, and will do anything to keep us from the silence, to keep us from listening to God. Like his car, sometimes we need to be reset and begin again—and this occurs in prayer. Recently, a very devout Christian friend confessed that his life is out of control, chaotic, and that even though he was doing all sorts of good Christian deeds, he was drowning in commitments and was overwhelmed. I asked him how his prayer life was; if he was spending any time simply listening to God, to which he responded, “I simply don’t have time.” As Pope Francis said, the most frequent lament of Christians is “I should pray more . . . I would like to, but often lack the time.” Does this sound familiar? What many of us forget is that when we depart from entering the silence and listening to God, we depart from a life of peace.

Prayer: The Foundation of Our Works

If we are not entering the silence and listening, we will struggle to become confident, resilient men of peace who are capable of transmitting peace to their families. If we are not praying we are spinning our wheels spiritually. As our Lord said, “Seek ye first the kingdom of God and all these things will be granted to you besides.” We must trust that if we seek God in prayer, enter the silence, and set ourselves to the task of listening to Him, all things will be granted to us. As St. John of the Cross said, “Let the men eaten up with activity and who imagine they are able to shake the world with their preaching and outward works, stop and reflect a moment. It will not be difficult for them to understand that they would be much more useful to the Church and more pleasing to the Lord, not to mention the good example they would give to those around them, if they devoted more time to prayer and to the exercises of the interior life. Under these conditions, by one single work of theirs they would do far more good and with much less trouble, than they do by a thousand others on which they exhaust their lives.” Why is this? Because if we are not praying, we are not listening to God, and if we are not listening to God, we are not really following Him, but rather following ourselves—as though we are God. And if we are doing our own will and not His, how can we expect to be fathers of peace who transmit the Father’s peace to our families? How can we expect our children to do the Father’s will, if we don’t know the Father’s will? The evil ones’ intent is to keep you from prayer, because prayer gives power and peace to your vocation—to your family.

Among the Greatest Challenges

It is vital that we stop our hurried lives daily, if not several times a day to receive the breath of the Father—the Holy Spirit—into our hearts. Our future and our children’s future depend, to a great extent upon our willingness to do this. To become like the Father we must know the Father. We cannot give to our wives and our children what we do not possess. We can only give Christ’s presence if we have Christ’s presence within us. God always generously gives us His presence, but in order to “make room” for that generous gift, we must carve out time and space for God and train ourselves to listen attentively to the Word of the Father. Besides the temptations to feed our lusts and caress our ego, making time and space for God is perhaps among the greatest challenges facing men. If we believe the stats, only one third of devoted Catholic men pray daily. By setting aside time and space for the Father, we will be more capable of dismissing Satan’s voice of intimidation, and begin to listen to and trust in a God who loves us and has claimed us as His own.

What are some basic strategies that will enable us to fulfill our commitment to the interior life? First, plan your day around God rather than God around your day. If God is the most important thing in our lives, we must conclude that He deserves pride of place particularly marked by times dedicated to prayer. Second, we should establish sacred meeting times with God throughout your day. We eat three times a day. The soul has priority over our waistline, therefore we should pray at least three times a day. Third, retire for the evening at the same time every night. To paraphrase St. Jose Maria Escriva: to go to bed at the same time every night is more difficult and a greater exercise than rising early the next morning. In fact, if we go to bed at the same time each night, we will be more capable of rising early for prayer each day. Fourth, don’t worry about doing anything in prayer. Simply be present.

John Baptist Chataurd in his seminal work The Soul of the Apostolate tells us: too often we act as channels of grace rather than reservoirs. A channel transmits water and then afterward is empty. A reservoir is consistently full of water, while continually overflowing with water. We fathers, if we are not constantly connected to the source of Living Water, will become channels that eventually run dry and have nothing left to give to our families. However, if we remain connected to the source of Living Water via praying and listening in prayer, we will become reservoirs of grace for our families.

The Power of Prayer

Prayer is how we obtain the power to become men of greatness. Several years ago, a computer technician installed a backup drive and software on my work computer. After approximately a week, I noticed that the drive was not archiving my data properly. I contacted the technician, who ran me through a series of resolutions over the phone. Nothing worked. Finally, he said, “Devin, check to see if the unit is plugged in.” To which I responded, “Of course it is.” He insisted, “Devin, just check.” Sure enough, he was right. The backup unit was new, good quality, and perfectly capable of fulfilling the task for which is was created. However, it was not connected to its power source and therefore it was useless. We are like my backup unit. To be effective fathers it is vital that we are connected to our power source—God—by means of the power cord—prayer. If we are not connected to the power source by means of the power cord of prayer, regardless of how many talents, gifts, and abilities we have, we will be rendered useless in God’s plan. Carving out silence and space for God allows you to be infused with His peace, power, and patience. It is your job to transmit these characteristics to your children by your example. We cannot give what we do not have, but we can give what we’ve been given. To the level that you protect your interior life is the level to which you will protect your children and wife.

What are you Afraid of?

How To Be Like St. Joseph During This Pandemic

When God Is Silent