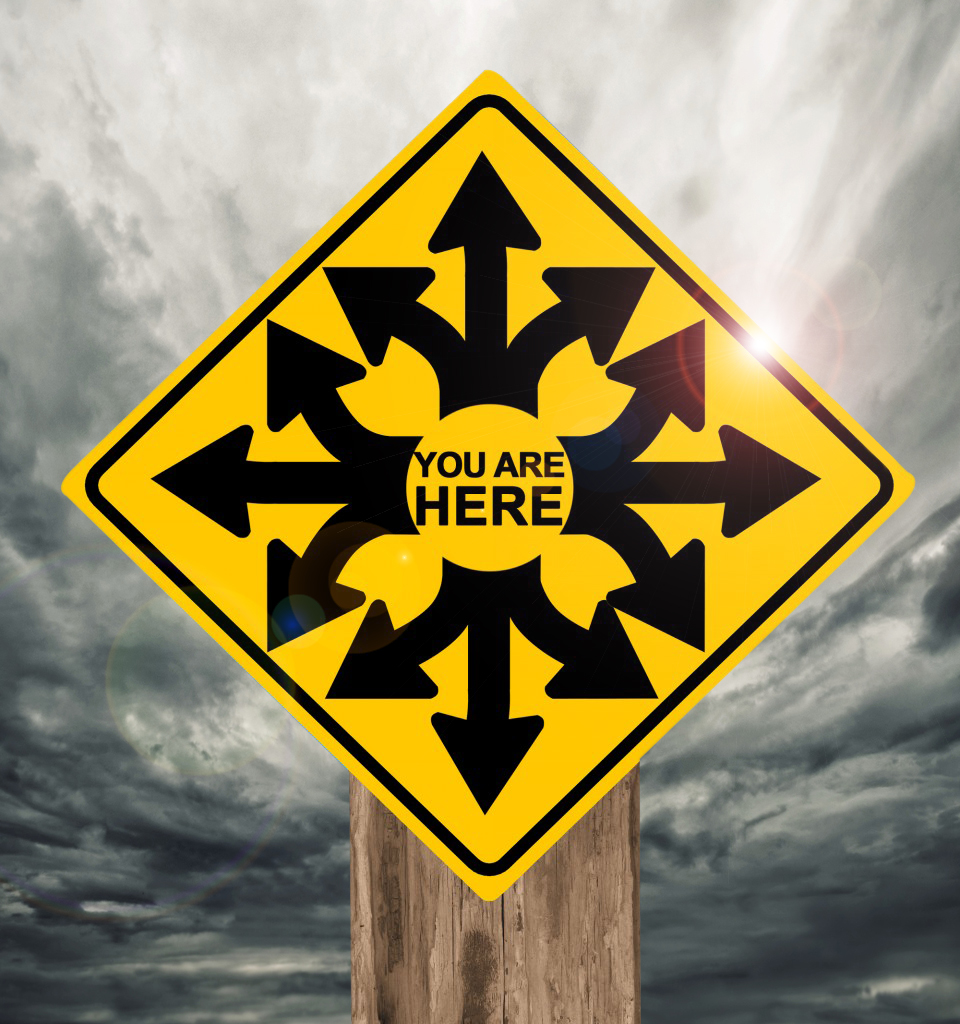 Early on during my brief high school football career, I was given an opportunity to play the prestigious position of tailback. My hope was that when I properly executed the first several play selections, the coach would be impressed enough to give me the starting position. The first play was a “dive 2,” which meant that the center and right guard would hold their positions respectively and push back the defenders to the outside, creating a hole the size of the grand canyon through which I would waltz.

Unfortunately, the right guard left his position, the grand canyon hole shrunk to the size of a dime, and I was sacked for a two yard loss. Never again would I play tailback. I learned a valuable lesson that day: one’s position affects his mission and the mission of those around him. This holds true in the spiritual life: our theological location determines our vocation.

In the beginning, God granted Adam honor, power, glory, dominion—placing all things under his feet. Adam, as icon of the Father, was divinely appointed to take his post and defend the garden, woman and the children she would eventually bear. Yet Adam failed. He allowed the evil one to tempt Eve, and after she succumbed to the temptation, he also fell to the same temptation. Shortly after this fall from grace, God asked a simple yet profound question: “where are you?”

God asked this question not to obtain an answer for Himself, for He knew where Adam was, but to help Adam obtain an answer about himself. God was not concerned with Adam’s geographical position, but rather with his theological location—his position in relationship to God and his neighbor. God asked this question to set Adam on a mission to discover whom he was called to be.

God asks every man the same question: “Where are you?” This is the perennial question which haunts the subconscious recesses of man’s heart. The answer to this question determines our location in the plan of salvation, and this location determines our vocation—our call to become real men, husbands and fathers. In fact, the answer to this question determines the very foundation of the spirituality of fatherhood. To understand our theological position in the plan of salvation properly, we ought to review Who God is and who we are in relationship to God.

God is three Persons, so self-giving that they are eternally one. God has three fundamental divine attributes: distinction (God is three distinct Persons—Father, Son and Holy Spirit), unity (the three divine Persons are essentially and eternally one), and fruitfulness (the Trinitarian union is so profound that it eternally produces life, joy, peace, vitality, rapture and bliss).

From the beginning, God desired that the uncreated order of Trinitarian love be reflected and transmitted in the created order of mankind. God created marriage and the family to reflect this order of divine love. Man’s role is essential to the process of the transmission of this divine love in the family. Adam was ordained to be the Custos, that is, the defender and guardian of Eve. Adam was called to initiate self-giving love, upholding Eve’s dignity. By means of their sinless union, the two would give birth to the third—the child. If this had occurred in paradise, while the first couple enjoyed the grace of original justice, they would have transmitted the uncreated order of Trinitarian love to their human descendants without the taint of original sin. However, before the third was created, the serpent entered the garden, penetrating Eve’s soul with sin, thus hindering the transmission of the uncreated order of God’s love in the created order of man.

At the fullness of time, at the end of the heritage of unfaithful men, God called a man from among men to be singled out as the forerunner of fidelity to the vocation of husbands and fathers. St. Joseph was appointed by God to be the guardian of the sinless Virgin Mary, and by means of their union of wills to one another, and to God, Mary and Joseph “drew down” the Word incarnate.

As St. Pope John Paul II testifies, “The marriage of Mary and Joseph conceals within itself, at the same time, the mystery of the perfect communion of persons, of the man and woman in the conjugal pact, and also the mystery of that singular continence for the kingdom of heaven: a continence that served, in the history of salvation, the most prefect fruitfulness of the Holy Spirit.”

By virtue of St. Joseph assuming his theological position as watchful defender of the Virgin, his family became a living, breathing icon of the Trinity. By virtue of the Word’s divine presence within the Holy Family, every family now has the potential to become an efficacious symbol of the Trinity, which launches the world to its destiny in God’s eternal exchange of love.

The human relationship of the family directs the world to the eternal relationship of the Trinity. The uncreated order of love in the Trinity is expressed in the created order of the family. The human family has been redeemed as the icon of God’s self-giving love. To ensure that this occurs, God has entrusted each of us with the duty to assume his theological location as Custos: defender, initiator and generator of self-giving love.