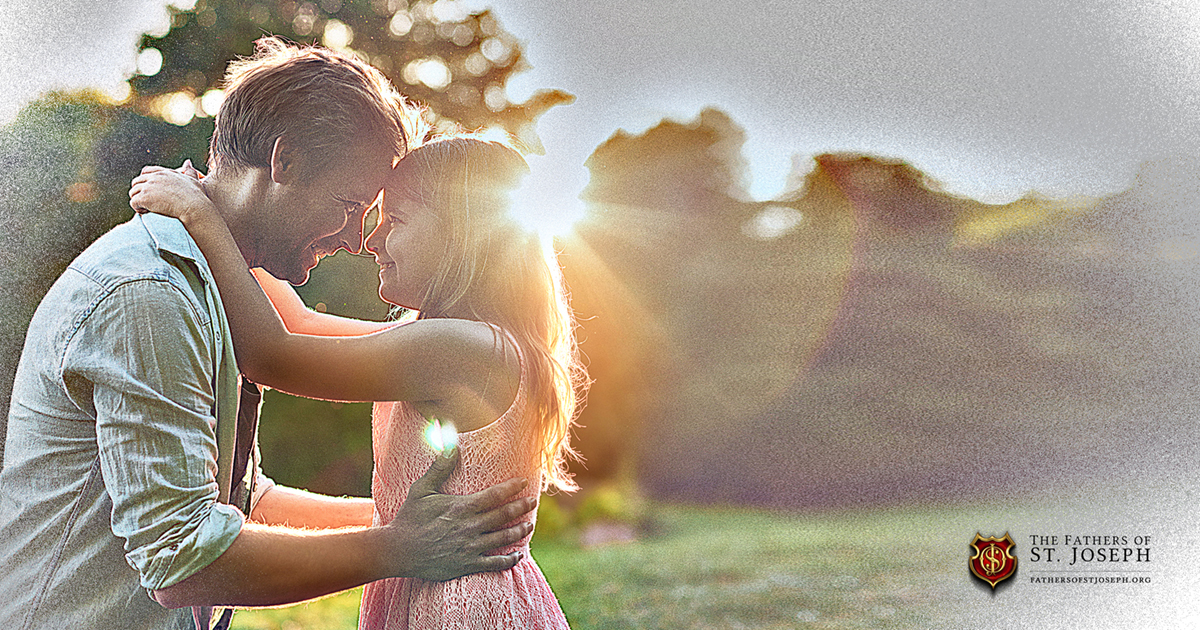 Can A Father Be A Saint?

The short answer is: yes, a father can be a saint. We know that it is possible, but is it probable? Sometimes we fathers have received an idea that we’ve not so much been taught as much as caught: that sainthood is for the monks, priests, nuns, religious, scholars, and theologians. Somewhere along the way we’ve come to believe that marriage, sex, occupations, and children are compromises with the world that have disqualified us from achieving great sanctity. Although many married saints have been canonized, and though there are saints who were also fathers, they are few in comparison to those who lived a celibate life; and among these fatherly saints, even fewer are lauded precisely for their fatherhood. This lack of recognition of the human father initially appears to indicate a great deficiency in fatherhood as a means of pursuing holiness. While it’s true that “[h]e who is married is concerned about the things of the world, how he may please his wife, and he is divided” (1 Cor 7:33), the same apostle also said, “Let every man remain in the calling [vocation] in which he was called. If you cannot be free”—that is, not married—“make use of it [marriage] rather” (1 Cor 7:20). Though marriage and fatherhood appear to be a deficiency or weakness in our pursuit of sainthood, we are called to “make use” of this apparently “weak” vocation for the purpose of achieving this worthy and attainable goal. God assures us, “My grace is sufficient for you, for strength is made perfect in weakness” (2 Cor 12:9).

And with St. Paul we can respond, “Gladly therefore I will glory in my infirmities [the vocation of fatherhood] that the strength of God dwell in me . . . . For when I am weak, then I am strong.” By embracing the apparent weakness of fatherhood—that is, it is a vocation that is less effective in making us saints—you will be allowing God to demonstrate His strength in you. He will use your fatherhood as a means to transform not only you, but your wife and your children, into saints.