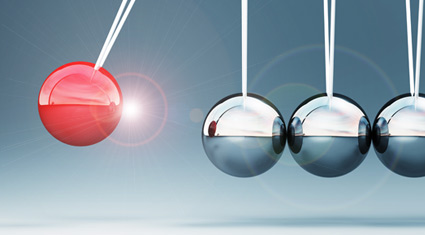 Dan confessed over coffee, “I would be lying if I said that I don’t often consider leaving my family.” Dan, overwhelmed by the sense of obligation, consistently felt inadequate in his role as “man of the house,” and often quarantined himself to his garage to work on his cars. He felt as if he was ruled by his wife, living to be the man she desired him to be without ever succeeding.

If there is none to lead, none will follow. A leader must lead his family from wrong, or wrong will lead his family. As our Lord said, “strike the shepherd and the sheep of the flock will be scattered.” We fathers are the shepherds and leaders of our families. We fathers are called by God to exercise Charitable Authority, that is, to love by leading and lead by loving.

Today, people often misunderstand the meaning of authority. Webster’s defines authority as having the power to control. This, however, is not the original meaning of the word. The word authority originated in the 12th century and is derived from the Latin word, “Auctoritas,” which is derived from the Latin word “auctor,” which means author. In other words, the human father is divinely ordained to be an author who writes the story of salvation—who transmits the story of God’s glory—in his family’s life. It is our responsibility to author (actually, to co-author with God the Father) the story of God’s glory in our wives’ and children’s lives. Far from being called to dominate and control, we fathers have been given the authority to transmit God’s glory.

Which raises the question, what is God’s glory? Have you ever considered this? Is God’s glory that He is eternal, immense, sinless, the Creator? Of course, all of these are components of God’s glory; yet all are identified by negating the limitations we find in ourselves. God is eternal—I am finite; God is Creator—I am a creature; God is immortal—I will die; God is sinless—I am a sinner. But what is the core and essence of God’s glory? God’s glory is that He is complete, total, self-giving love. God is an eternal exchange of love. Three Persons so self-giving that they are eternally and essentially one, and God has destined you and me to share our persons eternally in this exchange (see CCC 221).

God the Father eternally gives Himself to God the Son, and the Son eternally gives Himself to the Father, and this eternal self-giving IS another—the Holy Spirit. As St. Maximillian Kolby stated, the Holy Spirit is the unbegotten, eternal immaculate conception of God’s self-giving love. This self-giving love, which produces life, love, joy, bliss, rapture, ecstasy and peace is fully expressed and revealed in Jesus Christ, Who, being God, the Word, surrendered His former glory with the Father (see Phil 2:6-15) to become permanently fixed to flesh—not just for a moment in time, but for all eternity. For all eternity, Christ will present His wounded yet glorified flesh to the Father on our behalf (see Heb 7:25). Jesus surrendered His clothing, His mother, His freedom, His body, His blood and ultimately his life and spirit to the Father (see John 19).

What God is in eternity is accomplished in humanity in Christ: self-giving love. This is God’s glory: to give Himself away for others to such a degree that He bears the wounds of that self-giving love for all eternity. God suffered in the flesh to make us capable of also suffering in a redemptive way. (Oh great! Just what I wanted!)

God’s glory is self-giving love, and we, being made in the image of God, achieve glory by giving ourselves away for the other. This is the most effective from of leadership, of authority. Pope Benedict said that the key to understanding the essence of Jesus is that His being is “a being for the other.” This is Jesus’ innermost essence, and if we understand this we will understand what discipleship truly is.

This indicates that the human father’s “of-for-ring” of himself for the sake of the other—for the sake of the family—is the most effective way to raise his children to become children of glory. This is the secret of being a great fatherly leader. We fathers are called to lead with Charitable Authority.

We men, we fathers, must not be ashamed of our Charitable Authority. St. Joseph, though he was the “least perfect” member of the Holy Family, was divinely ordained to lead his family with Charitable Authority, and to this day he is hailed as “head of the Holy Family” (see Litany of St. Joseph). God does not call the qualified—He qualifies the called. All we need to do is answer the call.